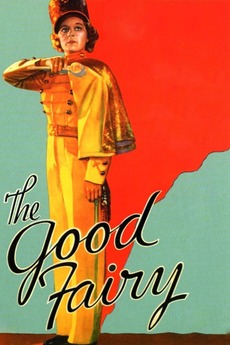 In 1930s Budapest, naïve orphan Luisa Ginglebuscher becomes an usherette at the local movie house, determined to succeed in her first job by doing good deeds for others and maintaining her purity. Luisa's well-meaning lies get her caught between a lecherous businessman, Konrad, and a decent but confused doctor, Max Sporum. When Luisa convinces Konrad that she's married to Max, Konrad tries everything he can to get rid of the baffled doctor.

Classic (pre-1951) screwball comedies, listed in order of preference. Top 20 are among my favourite films, and any in the…

On Jan 25, 2020, tired of negative film lists on Twitter, I asked people for "obscure [or] underseen films you…

RIP Allan Fish, your film taste and writing lives on.

I am really excited to do The Criterion Challenge 2021. But the Criterion Collection is only a small sliver of…

From 'The Screwball Comedy Films: A History & Filmography, 1934-1942' by Duane Byrge & Robert Milton Miller. Plus a handful of films…

This list was compiled by users of iCMForum.com and is updated every September.