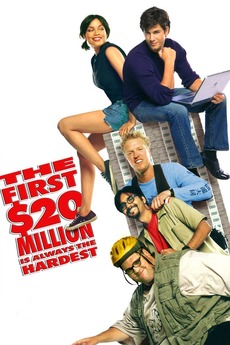 The First $20 Million Is Always the Hardest
JustWatch

The First $20 Million Is Always the Hardest

Andy, a successful marketing guy quits his job, gets a new job at a research facility, makes a powerful enemy who makes him volunteer for a nearly impossible project: The $99 PC. The only available guys at the lab, three sociopaths, together they compile a revolutionary PC for $99, then they become the victims of a venture capitalist and Andy's old foe, can he find a way to overcome the problems?

The Real Housewives of... Movies

A list of "The Real Housewives..." on film. This began from a combined love of the horror genre and "Real…

Substantial IT, Internet & Computer related films. The power of the Internet & Technology. How it influenced our imagination in the 80s…

My collection of movies

Remember when the internet was a radical wild west where there were no rules nor limits? How could you forget…

The features & promises of freedom under neoliberalism & their effect on people, plus my own cynical but correct brand of seething…