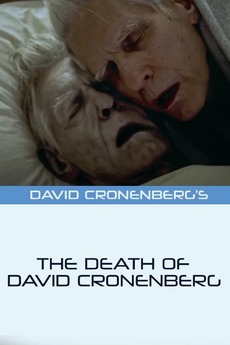 The Death of David Cronenberg

David Cronenberg stands in a small, softly lit bedroom. He wears a robe and looks deeply into the camera before his gaze shifts to a motionless figure in the bed...