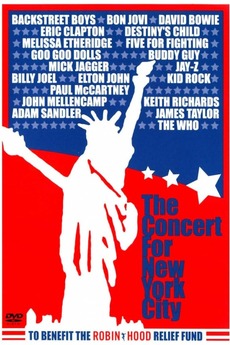 The Concert for New York City

The Concert for New York City took place on October 20, 2001 at Madison Square Garden. It was a celebration of the strength of New York and a thank-you to the heroic firefighters, police officers and rescue workers who saved tens of thousands of lives on September 11th. More than 6000 firefighters, police officers and rescue workers attended as guests.

40 Acres and a Mule Filmworks