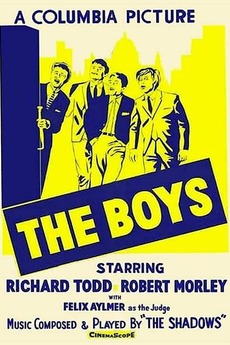 A night watchman at a garage is found murdered, and four teddy boys are put on trial for the crime. Witnesses and suspects give differing accounts of the lead-up to the crime, and the truth emerges.

A list of films where the location manager could take a nice holiday. Suggestions welcome.

When it comes to teen films, it's easy to…

The weird, trashy and exploitative films tucked away in the damp and decaying corners of Amazon Prime (UK). This is…

This will be the third time I am making this list. The first time, I saved poorly and lost it.…

Adapted from a list at Widescreen Museum, prefaced by this note:

Note that some listings, beginning in 1958, include the…

Youth movements/subcultures on film, musical or otherwise. If possible, they should represent the movement and not just be about a…