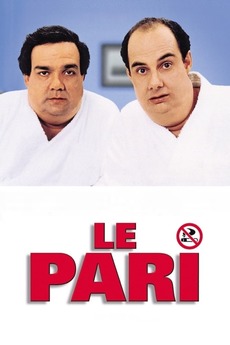 They said they'd do it.Unfortunately, they did!

Two rival "brothers-in-law" make a bet that they can stop smoking for 2 weeks. But, it's just not that easy...

Unmade Films That Would’ve Been Interesting To See: Part 2

The first list won't let me add anything beyond a certain number of entries, so here's Part…