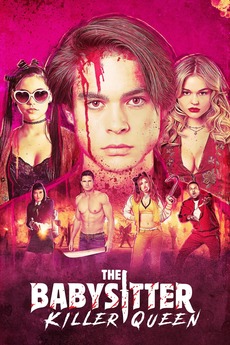 Face Your Demons. Survive the Night.

Two years after defeating a satanic cult led by his babysitter Bee, Cole's trying to forget his past and focus on surviving high school. But when old enemies unexpectedly return, Cole will once again have to outsmart the forces of evil.

film recommendations for people who actually like having fun

You want to watch a Horror movie? Roll a number and watch that movie: Number Randomizer

A Daily Dose Of Darkness

post 2000, tho it's honestly mostly 2010s. it's mostly slashers but there's a few others. horror-comedies included, as long as…