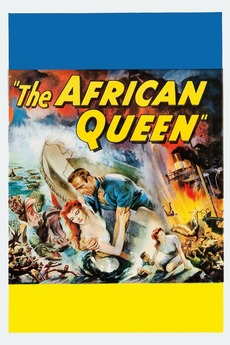 The greatest adventure a man ever lived… with a woman!

At the start of the First World War, in the middle of Africa’s nowhere, a gin soaked riverboat captain is persuaded by a strong-willed missionary to go down river and face-off a German warship.