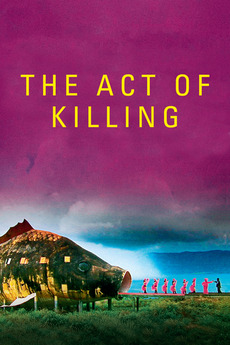 The Act of Killing
JustWatch

The Act of Killing

A story of killers who win, and the society they build.

In a place where killers are celebrated as heroes, these filmmakers challenge unrepentant death-squad leaders to dramatize their role in genocide. The result is a surreal, cinematic journey, not only into the memories and imaginations of mass murderers, but also into a frighteningly banal regime of corruption and impunity.

title says it all