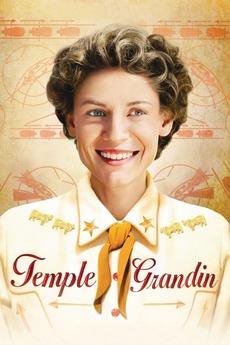 Autism gave her a vision. She gave it a voice.

A biopic of Temple Grandin, an autistic woman who has become one of top scientists in humane livestock handling.

every film referenced, mentioned, quoted, or in background.

from first season to latest. check the notes for the season and…

Is it quite certain that no day will ever come when even the smallest, weakest, most grotesque, wronged creature will…