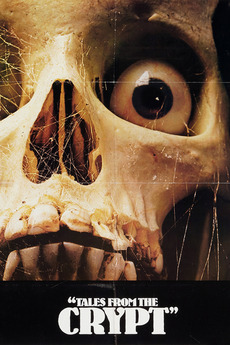 Tales from the Crypt
JustWatch

Tales from the Crypt

DEATH LIVES in the Vault of Horror!

Five people find themselves in a tomb. The Crypt keeper explains why they are there through a series of frightening stories. Based on the classic comic book.