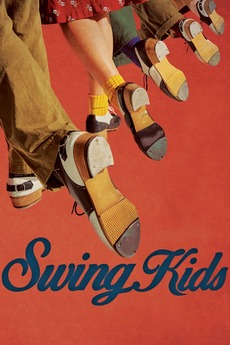 In the middle of the Korean War, the dream stage finally unfolds.

Rebellious Ki-soo from North Korea is mesmerized by tap dance in prison camps. Ki-soo joins as a team member of a dance team named ‘Swing Kids’. Yet suddenly, their dreams about dancing in prison camps are put in danger.