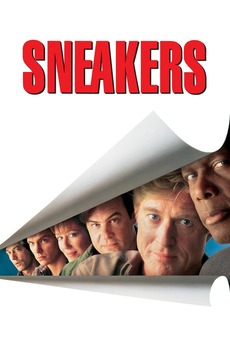 We could tell you what it's about. But then, of course, we'd have to kill you.

When shadowy U.S. intelligence agents blackmail a reformed computer hacker and his eccentric team of security experts into stealing a code-breaking 'black box' from a Soviet-funded genius, they uncover a bigger conspiracy. Now, he and his 'sneakers' must save themselves and the world economy by retrieving the box from their blackmailers.

Peeping Tom, Night of the Hunter and a whole host of older films were ignored or given bad reviews upon…

The complete collective filmography of all 153 featured Saturday Night Live cast members of past and present. To be included,…

Underseen Movies You Should Watch

2 criteria: under 100K Letterboxd members must have watched it, and few to none of my friends must have seen…