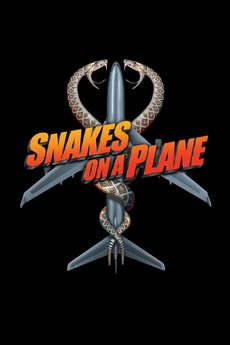 Snakes on a Plane

At 30,000 feet, snakes aren't the deadliest thing on this plane.

America is on the search for the murderer Eddie Kim. Sean Jones must fly to L.A. to testify in a hearing against Kim. Accompanied by FBI agent Neville Flynn, the flight receives some unexpected visitors.