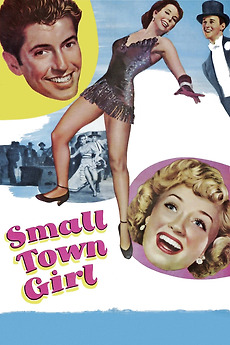 Rick Belrow Livingston, in love with Broadway star Lisa, is sentenced to 30 days in jail for speeding through a small town. He persuades the judge's daughter Cindy to let him leave for one night, so that he can visit Lisa on her birthday. After that he goes on the town with Cindy and she falls in love with him. But Dr. Schemmer wants his son to become her husband.

In a Lonely Place: Women Writers of Classic Hollywood

+ beyond, both screenwriters and writers whose works were adapted

This is for the Canadian TCM Schedule for the month of January 2021. The schedule is similar to the US…

TCM Summer Under the Stars 2020

It's time for Summer Under the Stars on TCM! My favorite month of programming. Each day is dedicated to a…