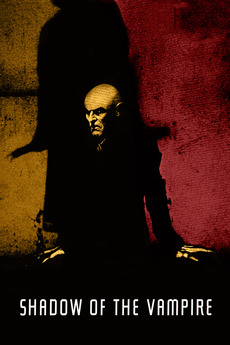 Shadow of the Vampire

An Unspeakable Horror. A Creative Genius. Captured For Eternity.

Director F.W. Murnau makes a Faustian pact with a vampire to get him to star in his 1922 film "Nosferatu."