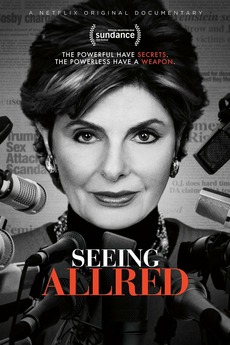 The powerful have secrets. The powerless have a weapon.

Gloria Allred overcame trauma and personal setbacks to become one of the nation’s most famous women’s rights attorneys. Now the feminist firebrand takes on two of the biggest adversaries of her career, Bill Cosby and Donald Trump, as sexual violence allegations grip the nation and keep her in the spotlight.