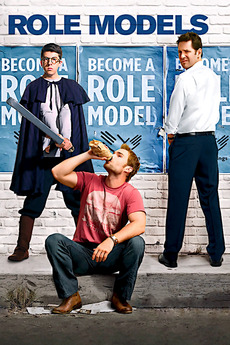 They're about to get more than they plea-bargained for.

Two salesmen trash a company truck on an energy drink-fueled bender. Upon their arrest, the court gives them a choice: do hard time or spend 150 service hours with a mentorship program. After one day with the kids, however, jail doesn't look half bad.

From the slapstick cinema, to the psychedelic, insane, awful cinema, These are the films i think would be perfect to…