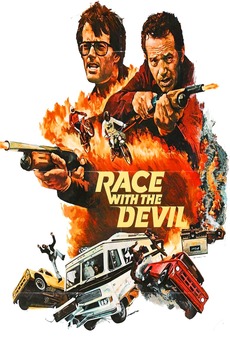 Race with the Devil
JustWatch

Race with the Devil

If you're going to race with the devil, you've got to be as fast as Hell!

Two couples vacationing together in an R.V. from Texas to Colorado are terrorized after they witness a murder during a Satanic ritual.