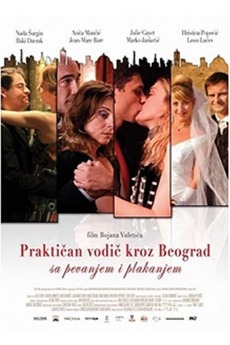 Practical Guide to Belgrade with Singing and Crying
JustWatch

Practical Guide to Belgrade with Singing and Crying

This is a modern age romantic comedy about the trials to find the right person, in four very different love stories. Initially, Stefan, a young overbearing Belgrade driver who does not believe in anyone or anything, falls in love with Sylvie, French singer, which controlled herself for too long, and now is on the verge of a nervous breakdown and for the first time she will do all that she has always dreaming of. Melita, a frustrated middle-aged woman, who by day works as an organizer of the concert evenings becomes disappointed because her lover, Brian, an American diplomat, in fact, is not the guy that he say he is.

Feature films from Slovenia to Greece, to Bulgaria

Programmatically imported from the IMDb event page. To fix missing or improperly matched films add the IMDb ID to the…