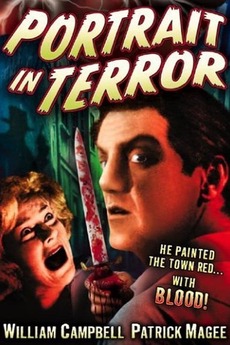 He painted the town red - with blood!

A plan to steal a valuable work of art leads to murder.

The Psychotronic Encyclopedia of Film - complete

This is the complete list of films, listed chronologically, from Michael Weldon's essential and influential The Psychotronic Encyclopedia of Film,…

So You Think You Know Horror?

Though this list contains every horror-ish movie I've ever seen, my goal is to feature lesser-known horror films so novices…

Film Production & Distribution Company that formed in 1954. Founded by Samuel Arkoff & James Nicholson, this is the company where Roger…

My physical library’s got a handful of burns & dupes, but is made up predominantly of the genuine, pre-recorded article: Blu-Ray,…