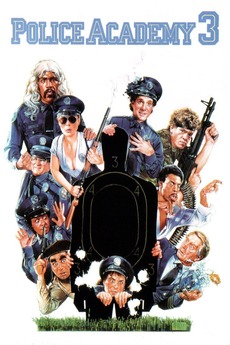 Police Academy 3: Back in Training
JustWatch

Police Academy 3: Back in Training

When police funding is cut, the Governor announces he must close one of the academies. To make it fair, the two police academies must compete against each other to stay in operation. Mauser persuades two officers in Lassard's academy to better his odds, but things don't quite turn out as expected...

Destroy All Movies - The Complete Guide to Punks on Film

The Bad Taste List. Weird, wild, psychotronic cult classics, so-bad-they're-good, and... some of the worst movies EVER.

Feeling like your Letterboxd ratings graph is not evenly-distributed enough? Look no further, friends. Some of these…