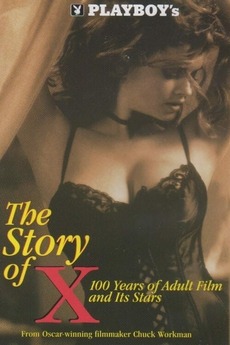 Playboy: The Story of X
JustWatch

Playboy: The Story of X

100 Years of Adult Film and Its Stars

I don't clearly understand Letterboxd policy on adult movies. I started this list because I realized that I couldn't review…

Depictions of sex work in narrative and documentary. Not all are positive. Need to be predominantly about sex work/workers.

Other patterns I collect: