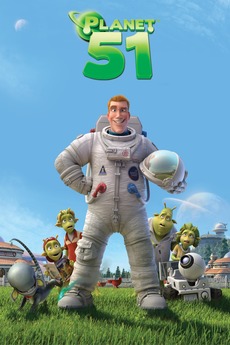 Something strange is coming to their planet...Us!

When Earth astronaut Capt. Chuck Baker arrives on Planet 51 -- a world reminiscent of American suburbia circa 1950 -- he tries to avoid capture, recover his spaceship and make it home safely, all with the help of an empathetic little green being.