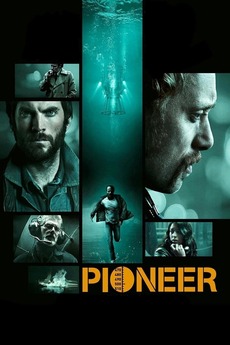 Pioneer is set in the early '80s, at the beginning of the Norwegian Oil Boom. Enormous oil and gas deposits are discovered in the North Sea and the authorities aim to bring the oil ashore through a pipeline from depths of 500 meters. A professional diver, Petter, obsessed with reaching the bottom of the Norwegian Sea has the discipline, strength and courage to take on the world's most dangerous mission. But a sudden, tragic accident changes everything. Petter is sent on a perilous journey where he loses sight of who's pulling the strings. Gradually he realizes that he is in way over his head and that his life is at stake.

A list of every single Norwegian film that are listed on Letterboxd. I will add the missing films over time.

Tobias Andersen made a great list at letterboxd.com/tobiasandersen2/list/random-movie-roulette/ and I've watched some great (and not so great but bearable) movies…

Thalassophobia (Fear of the Sea)

Thalassophobia is the fear of the sea. For me, it's more an uneasy feeling that comes along with not being…

Every Film with an Arrow Video UK Release

A continuous list of every title currently released by Arrow Video, my favourite distribution company. Also includes films released by…