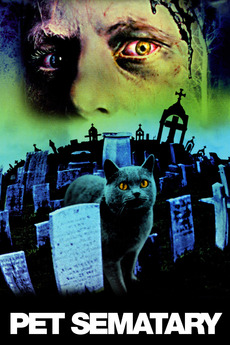 Dr. Louis Creed's family moves into the country house of their dreams and discover a pet cemetery at the back of their property. The cursed burial ground deep in the woods brings the dead back to life -- with "minor" problems. At first, only the family's cat makes the return trip, but an accident forces a heartbroken father to contemplate the unthinkable.