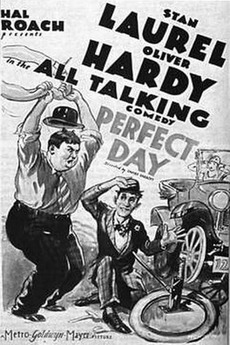 Two families embark on a pleasant Sunday picnic but manage to run into a variety of issues with their temperamental automobile. Each incident requires repeated exits and reboardings by Laurel, Hardy, their wives and grouchy, gout-ridden Uncle Edgar.