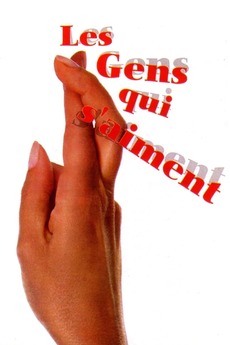 People Who Love Each Other
JustWatch

People Who Love Each Other

Jean-Francois and Angie have known each other for 25 years and have been lovers on and off for most of that time. After two marriages (one ending in divorce, the other with her husband's death) and two children, the free-spirited Angie has returned to Jean-Francois, only to announce after a year of living together that she's leaving him to open a antique business in the United States. Jean-Francois regrets Angie's decision, but also knows her well enough to know there's little he can do to change her mind. Five years later, Jean-Francois has become friends with Angie's daughter Winnie, who now lives in Paris and has fallen in love with Laurent, a carefree artist who lives in a studio given to him by his father. However, after sleeping with Laurent, Winnie is convinced he can't be trusted and keeps him at a distance. Over the next few years, Laurent keeps running into Winnie, and Angie periodically arrives at Jean-Francois' doorstep only to leave again shortly after.

- No rhyme or reason, or quality gauge for that matter, just any random film I find with less than…