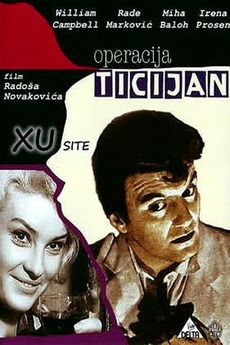 In a small seaside town in the middle of tourist season, an old eccentric, Ugo Bonacic, is murdered. The homicide inspector leads the investigation, which directs him to a strange foreigner dressed in white, who came to town with an American diving representation. During the investigation, he finds out that old Ugo had a copy of one Titian paintings, for which unusual legend is bind. Finally, a new version of an old Titian painting legend is cleared up.

Churning em out like there's no tomorrow, undisputed king of the b-picture Roger Corman has produced over 400 films since…

My physical library’s got a handful of burns & dupes, but is made up predominantly of the genuine, pre-recorded article: Blu-Ray,…

Every Film with an Arrow Video UK Release

A continuous list of every title currently released by Arrow Video, my favourite distribution company. Also includes films released by…

I have a slightly unhealthy obsession with Roger Corman and the universe of films and filmakers surrounding him. This is…

UPDATE: This list has reached the max 3300 films allowed! An overflow list can be found here, where I will…

Making a list mostly to keep track. Effectively copying everything over from the My Movies app.