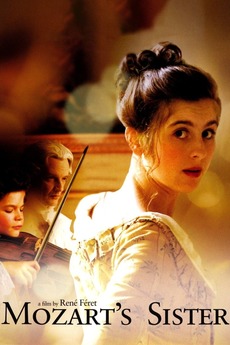 A re-imagined account of the early life of Maria Anna 'Nannerl' Mozart, five years older than Wolfgang and a musical prodigy in her own right.

in chronological order by birthdate

(any suggestions are very welcome!)

Biopics based on women, girls, etc.