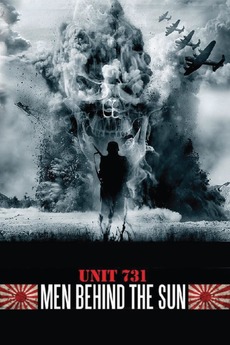 Men Behind the Sun

The film is a graphic depiction of the war atrocities committed by the Japanese at Unit 731, the secret biological weapons experimentation unit of the Imperial Japanese Army during World War II. The film details the various cruel medical experiments Unit 731 inflicted upon the Chinese and Soviet prisoners at the tail-end of the war.