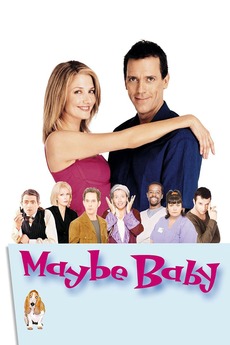 It's a matter of life and sex.

Sam and Lucie Bell are a married couple who seem to have it all: good looks, succesful careers, matching motorikes, and an enthusiastic love life. The only thing they lack is the one thing they want more—a baby.

Films with Dogs on the film poster. Cause dogs are the best.

From his book, and because nobody had listed it here yet (as I noticed as I should link to it…

The cast of Succession but in other stuff

The cast of Succession.... but in other stuff

British and Irish Romantic(-ish) Comedies Since 1985

Or rather, 'Largely British (also Irish), Largely Romantic, Largely Comedic Films Since 1985'. The good, the bad and the very…

Exactly what it says. This is my movie collection, listing all (or most) of the features and shorts that I…