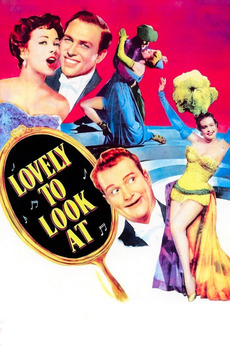 Lovely to Look At
JustWatch

Lovely to Look At

Three broke Broadway producers are desperately looking for backers for a new show. When they are about to give up, one of them discovers that they are an heir to a Parisian dress salon. Off to Paris they go!

What makes a page eligible for a backdrop?

Borrowed from this list on iCheckMovies. I've added some more from the 3-strip technicolor list on Wikipedia, but I'm not…

musical films that either inspired or were inspired by stage musicals.