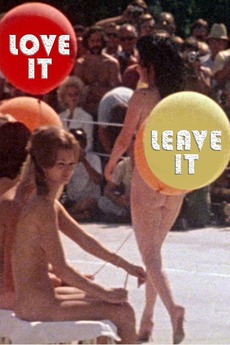 Love It, Leave It

A 14-minute almanac of Midwestern America and its funky Americana at the end of the Love Generation, Love It / Leave It begins with proudly naked people parading about for all the world to ogle at the annual Naked City beauty pageant in Roselawn, Indiana, before returning to Chicago, where families literally draped in American flags are found wilting under the heat of the sun along a downtown parade route.