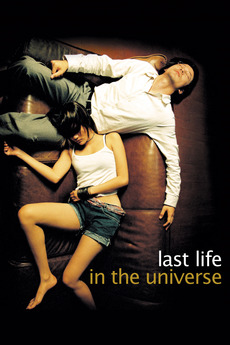 Last Life in the Universe
JustWatch

Last Life in the Universe

Why bother with suicide?

An obsessive-compulsive Japanese librarian living in Bangkok spends most of his days contemplating suicide in his apartment. His life changes when he witnesses the death of a young girl and becomes acquainted with her elder sister.

Mélancholy as a Breathtaking Aesthetic Emotion

Essential melancholy for people who'd love to bedew in sadness, full of contemplation as we then witness these characters at…

Mood > Narrative. For people who want to get into slower films.

Films that demand and reward your patience, relying more…