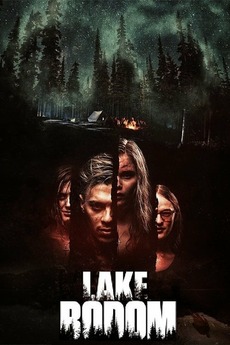 Every camper’s worst nightmare came true at Lake Bodom in 1960 when four teenagers were stabbed to death while sleeping in their tent. As the years passed and the case grew cold, the unsolved mystery turned into an urban legend, a creepy campfire story passed from generation to generation. Now, a group of teenagers arrives at the same campsite, hoping to solve the murder by reconstructing it minute by minute. As night falls, it turns out that not all of them are there to play. Tonight… it’s girls against boys. Let the killing games begin.

Slashers and films that have slashing in them from 2000-2020

Slasher films or films with slasher elements from the year 2000-2020 not in any particular order! This is still a…

So many horror films come out every year that it's no surprise when a good one slips through the cracks.…

Everything on Shudder (US)

I've also included the few miniseries under the "Series" section if they're listed on Letterboxd.

All the horror-movies i've seen ranked, including ratings. Films with the same rating are sorted alphabetical.

Horrible Reviews: Every movie I've reviewed on my channel

Movies not listed on Letterboxd: