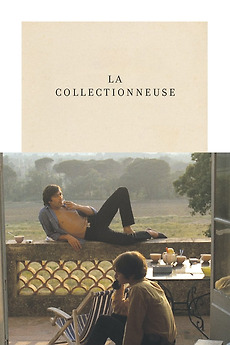 A bombastic, womanizing art dealer and his painter friend go to a seventeenth-century villa on the Riviera for a relaxing summer getaway. But their idyll is disturbed by the presence of the bohemian Haydée, accused of being a “collector” of men.

Mood > Narrative. For people who want to get into slower films.

Films that demand and reward your patience, relying more…