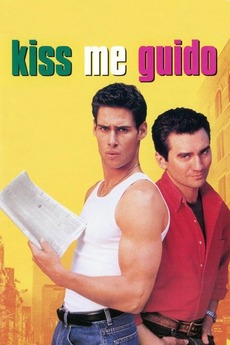 When he discovers his girlfriend having sex with his brother, Frankie (Scotti) decides to head to Manhattan, leaving his Bronx pizza shop forever for the fame and fortune of show business. But before stardom, he needs a place to stay. Looking in the personals, he notices GWM. And thinking it "Guy with Money," he heads to the Village and the apartment of gay actor Warren (Barrile), who's in desperate need of this month's rent.

The Pride of Sundance: 400 LGBTQ+ Films to Watch This June

mr gay pride of the upper west side

they're not all good, but they are all gay.

literally every movie I have ever seen, ranked

I live for tedium