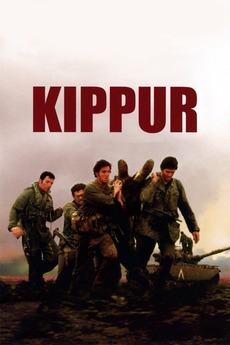 The film takes place in 1973 during the Yom Kippur War in which Egypt and Syria launched attacks in Sinai and the Golan Heights. The story is told from the perspective of Israeli soldiers. We are led by Weinraub and his friend Ruso on a day that begins with quiet city streets, but ends with death, destruction and devastation of both body and mind. Various scenes are awash in the surreal, as Weinraub's head hangs out over a rescue helicopter's open door, watching with tranquil desperation as the earth passes beneath, the overpowering whir of the blades creating a hypnotic state. It is not a traditional blood, guts and glory film. There are no men in battle, only the rescue crew trying to pick up the broken pieces.