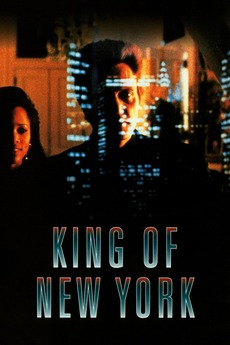 Not everyone who runs a city is elected.

A former drug lord returns from prison determined to wipe out all his competition and distribute the profits of his operations to New York's poor and lower classes in this stylish and ultra violent modern twist on Robin Hood.

Nightlands: long weird neon nights in the city or in the middle of nowhere