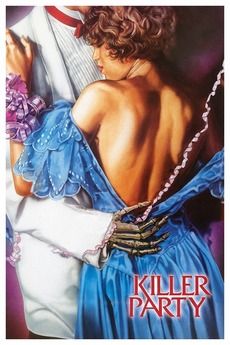 By the end of the dance, some of the sorority sisters were dead on their feet.

Three sorority pledges are tasked with ensuring that the gals of Sigma Alpha Pi throw a killer party at an abandoned fraternity house. Unfortunately a vengeful spirit decides to take the killer epithet literally. With a special appearance by '80s hair metal titans White Sister!