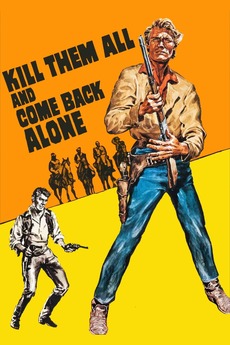 Kill Them All and Come Back Alone
JustWatch

Kill Them All and Come Back Alone

During the American Civil War, a Confederate prisoner, Clyde McKay, attempts to steal a box of gold from a Union prison camp. He is aided by a group of prisoners and a prison guard but he is double-crossed along the way.

Go Kill Everybody and Come Back Alone

The Years of Lead

The Years of Lead was a period of Italian history characterized by great social, political, economic, and culturally change. It…

A fine collection of cinema's underbelly, from trashy horror and grindhouse pictures to creature features, nudie cuties, sexploitation...and a few…

This is every film that was produced by an Italian film production company (that I've seen), so there are some…