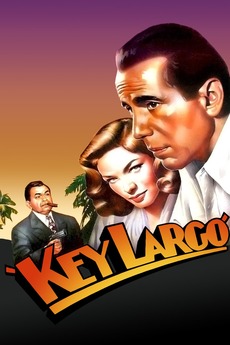 A storm of fear and fury in the sizzling Florida Keys!

A hurricane swells outside, but it's nothing compared to the storm within the hotel at Key Largo. There, sadistic mobster Johnny Rocco holes up - and holds at gunpoint hotel owner James Temple, his widowed daughter-in-law Nora, and ex-GI Frank McCloud.