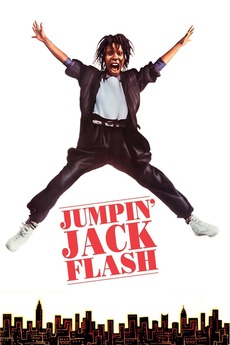 An Adventure In Comedy

Terry works for a bank, and uses computers to communicate with clients all over the world. One day she gets a strange message from an unknown source. The message is coded. After decoding the message, Terry becomes embroiled in an espionage ring. People are killed, and Terry is chased. Throughout she remains in contact with this unknown person, who needs Terry to help save his life.