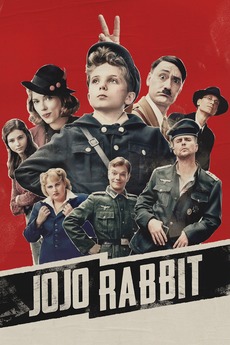 A World War II satire that follows a lonely German boy whose world view is turned upside down when he discovers his single mother is hiding a young Jewish girl in their attic. Aided only by his idiotic imaginary friend, Adolf Hitler, Jojo must confront his blind nationalism.

Essentially if you could only watch one film for the rest of your life what would it be. I’ll start…

Name A Film You Love

Doesn’t have to be favorite or anything it can be just a film you love. Love having some positivity. I’ll…