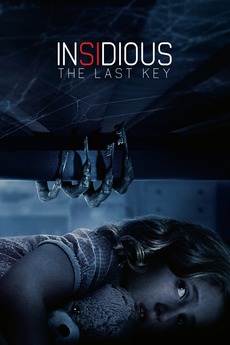 Parapsychologist Elise Rainier and her team travel to Five Keys, NM, to investigate a man’s claim of a haunting. Terror soon strikes when Rainier realizes that the house he lives in was her family’s old home.