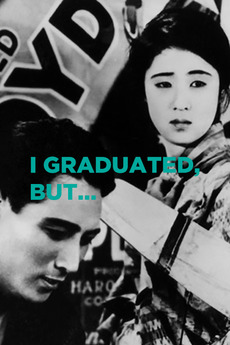 I Graduated, But...
JustWatch

Tetsuo Nomoto, a young graduated student tries to find a decent job by himself. Later on, he will marry his girlfriend, Machiko, whom he hides the fact that he has no job. Hardships come quickly, which forces Machiko to find a job in a bar. [Partially lost film; only 12 minutes survive.]

Updated through the announcement August 2021 releases.

This list includes: • All films released on physical media (laserdisc, DVD, and…

These are films with a running time of 40 minutes or less currently streaming on the Criterion Channel. This list…