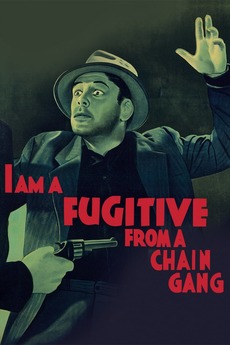 I Am a Fugitive from a Chain Gang
JustWatch

I Am a Fugitive from a Chain Gang

Six sticks of dynamite that blasted his way to freedom … and awoke America’s conscience!

A World War I veteran’s dreams of becoming a master architect evaporate in the cold light of economic realities. Things get even worse when he’s falsely convicted of a crime and sent to work on a chain gang.

This is a suggested viewing list of narrative films for the Film and Visual Studies PhD offered by Harvard University.…