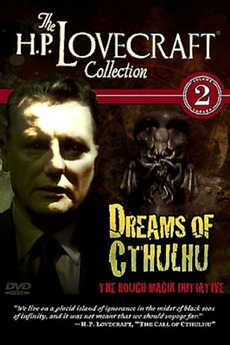 We live on a placid island of ignorance in the midst of black seas of infinity, and it was not meant that we should voyage far.

The night scholars, a clandestine organization set up to monitor the ancient cult Cthulhu, have come to a single incontrovertable conclusion: the Sleeping God is waking. Diana Armitage, with the help of her Home Office liason, the mysterious Mr. Moon (Paul Darrow), launches an aggressive campaign against the Dreamers. This operation designated the Rough Magik initiative, was successful but they trod on the toes of some powerful people, and the Night Scholars were disbanded. Now years later, the old magic is returning, the Sleeping God is rising, and there are more Dreamers than Mr. Moon can handle as he struggles to rebuild the Night Scholars before it's too late.

I haven't seen all of these, so if you think something doesn't qualify, feel free to…

Snapshot of My Basement Pt. II

...the continuing trip through my collection as I try to watch them all.