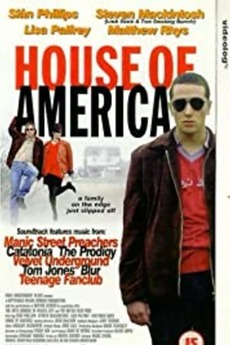 "House of America" is a 1997 film directed by Marc Evans. The film, set in a depressed Welsh mining town, centres on a dysfunctional family unit of brothers Boyo and Sid, their sister Gwenny and their controlling mother. The film tackles issues such as Welsh identity, its need for indigenous heroes and the nation's perceived inferiority complex.

Nothing better than seeing your country represented in cinema. Whether it be Welsh or have references to Cymru, as long…

not interested in films starring welsh actors. More so welsh directors or stories set in wales. theyre kinda hard to…

100 actresses who have caught my eye on the screen.